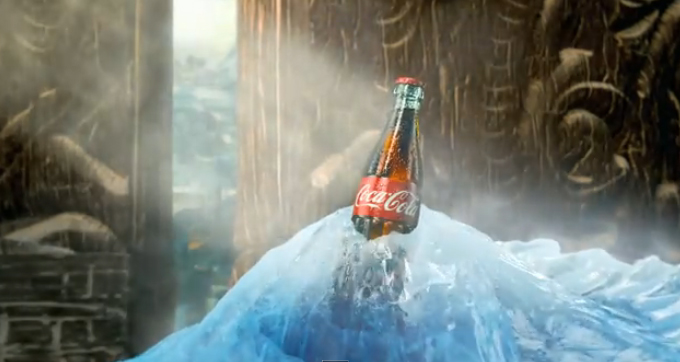 [dropcap1]E[/dropcap1]ach year, companies spend up to $3 million to air their ads during the Super Bowl. This doesn’t even include the cost of production. It’s the one time people all over the nation band together and watch commercials in between the actual football game. Call it extra game play entertainment at it’s best to get an entire nation interested in advertising. However, it begs the question if we are actually influenced by these ads or merely entertained.

Coca-Cola once again takes the cake as best Super Bowl commercial. Every Coke commercial sucks me into an imaginary world where this miracle drink breaks down walls, joins opposing sides and just makes everyone happy. You can tell a super creative team is behind all of Coke’s ads and they even go so far as to develop a story complete with characters and an alternate world. This was definitely seen in Happy Factory, a previous Super Bowl Commercial, and is seen again in Siege. Proving that Coke brings the good and bad sides together over a single bubbly beverage never seems to get old as the creators find new and entertaining ways to bring this idea to life.  3D animation greatly aides in telling this story as it further develops each alternate universe and cast of characters. Intriguing visuals, unmatched stories and an all around classic beverage really does “open happiness”.

Volkswagen comes in second, but not by far! Volkswagen impresses viewers with stunning graphics of a beetle outshining it’s beetle counterparts against the ravages of nature. Sure, it’s not an actual car, but you follow along with the great anticipation of what the 2011 Beetle is going to be about. Volkswagen proves once again that an excellent concept coupled with unique storytelling is all it takes to create a  masterpiece commercial. In a world consumed with advertising imagery all around us, these types of commercials are sure to stand out of the overwhelming crowd.

What would a great Super Bowl commercial be without a little humor? Doritos has become a leader in great entertainment with their commercials and it’s sure to create a laugh….or two. House Sitting offers this and a bag of chips (sorry, I couldn’t resist). Who knew that when your lazy house sitting friend accidentally kills your goldfish and plants while you are away, a bag of Doritos can bring them all back to life. Even Grandpa returned to life from his urn. While the concept is obviously far fetched, it’s still entertaining to watch and will make you laugh at the so-called “power” of Doritos.