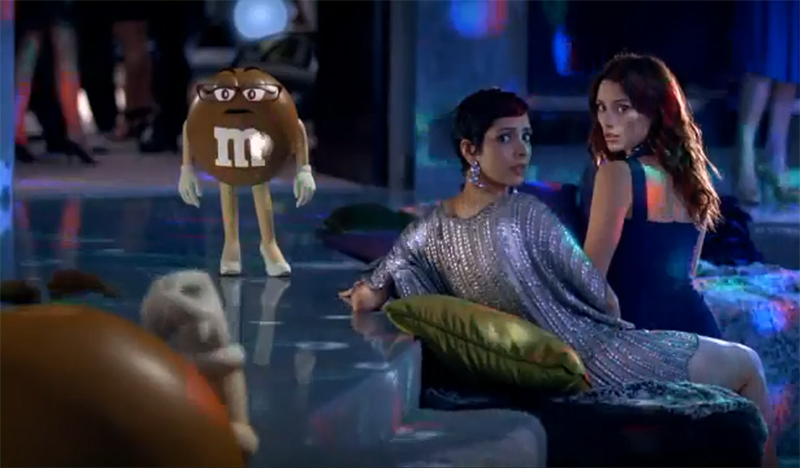 [dropcap1]E[/dropcap1]ach year, companies spend up to $3.5 million to air their ads during the Super Bowl. This doesn’t even include the cost of production. It’s the one time people all over the nation band together and watch commercials in between the actual football game. Call it extra game play entertainment at it’s best to get an entire nation interested in advertising. However, it begs the question if we are actually influenced by these ads or merely entertained.

Coca-Cola’s top notch animated spot was my top pick last year, but the good old M&Ms stole my heart this year. There’s something about a commercial that offers a good chuckle with solid characters. While the idea of a naked M&M may not be groundbreaking, the story idea offers audiences a great laugh. With the introduction of a new character, Mrs. Brown, M&Ms prove they still can hold their own in a commercial. What really takes the cake in this spot is the expressions on the ladies (candy and human). Yes, women can be intelligent and sometimes the men in our lives really enhance that fact. Just ask the Mrs.Brown M&M.

Car commercials ran a plenty during the 2012 Super Bowl. It was a battle of the buy and the humor in Cheverolet’s Happy Grad elevated this spot to number two. Many of us can relate to the ultimate graduation gift that only a fraction of our friends enjoyed while the rest of us went off to college with sensible items such as pots and pans or mini fridges. However, I doubt we saw the car our friend supposedly received was actually the neighbor’s. Another laugh comes when the parents put off telling the truth about their real gift in an effort to wait for their son to tire out. Too bad there was an army of friends all about to get majorly disappointed.

Yes, Audi is pick number three if only because they can make vampires still cool for the Twilight or Underworld fans among us. This commercial takes a tried and true fad and sheds light (no pun intended) on a vampire party. Who would have guessed the party bringer would end up being the party killer? The element of surprise mixed with a little humor is sure to bring a great Super Bowl commercial even if it’s not that original.

While entertainment and humor can always offer success in any commercial, those that aim for the heart strings hold a little extra in my book. The other car commercials may opt to strike your funny bone, but Chrysler hit a little below the belt and way too close to home. The message is powerful, dramatic and thought provoking. Of course Clint Eastwood drives it all home in his stern yet caring voice. Will the message send a stream of patriotic Americans out to buy a new car? Probably not, but it will make any American nod and hope for a brighter and stronger tomorrow with or without the car industry.