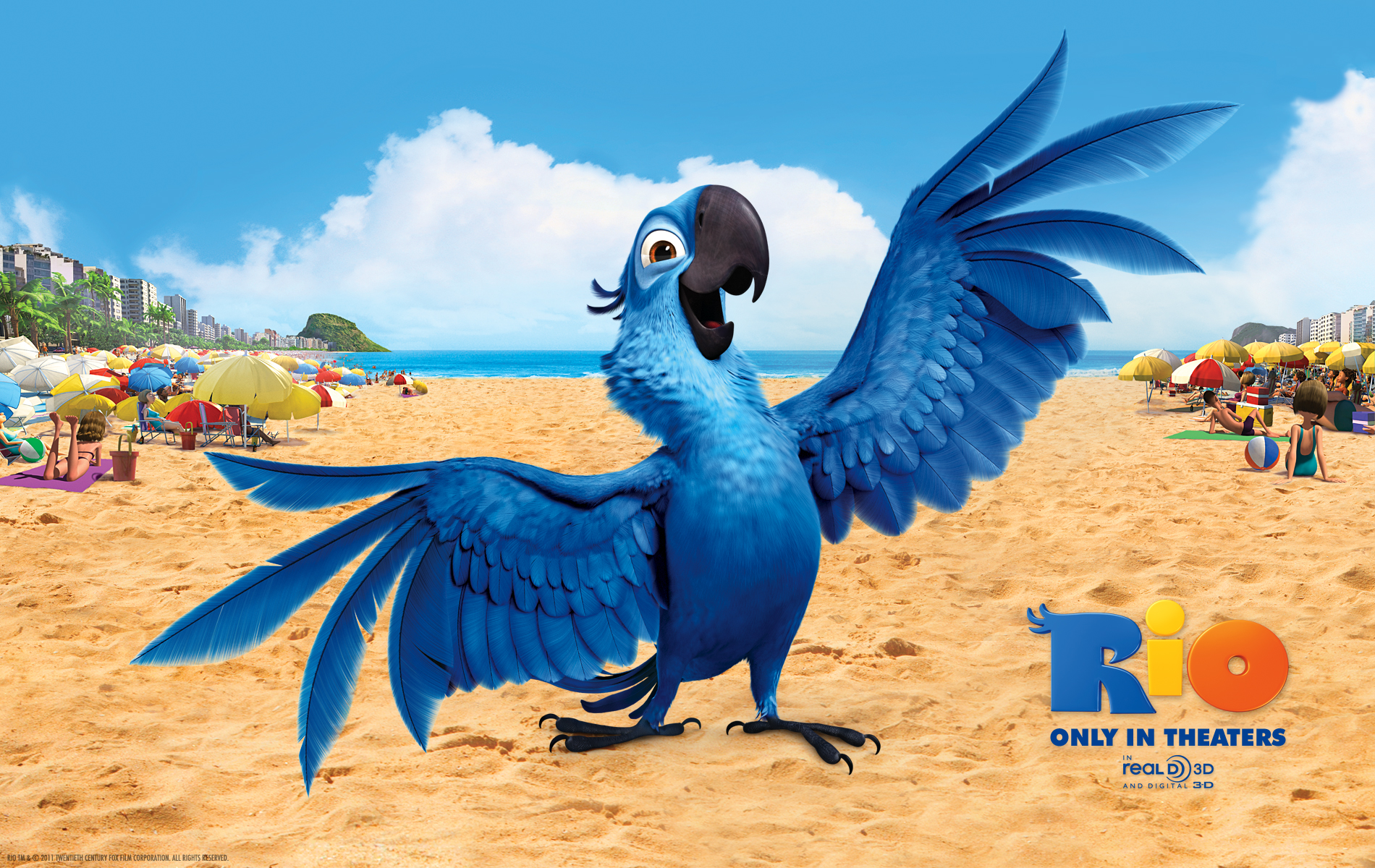 [dropcap1]V[/dropcap1]ibrant colors, stunning Brazilian scenery and samba beats mirror a clear passion  and vision behind the making of Rio, the latest 3-D animated adventure from Blue Sky Studios (of Ice Age fame). Swooping camera moves take viewers deep into the heart of Rio de Janero, Brazil. The visual feat isn’t the only splendid thing about the movie, however. The story, quirky characters and comedy all work to create a movie almost worthy of comparison to Pixar’s masterpieces.

Beautiful color and awesomely smooth animation enhances the viewer’s experience as the movie opens with a song and dance number mimicking synchronized swimmers. As birds swoop and dive into the Brazilian jungle the star of this tale eagerly watches from his tree.  Just as this little blue macaw preps to join the jungle festivities, all the birds are quickly snatched from their home and taken overseas to America. Rescued by a little girl named Linda (Leslie Mann), the blue macaw grows up in a loving home all the while loosing touch with his natural habitat and bird-like ways. The duo are inseparable friends and embark on a life together tackling everyday chores while running a bookstore in Minnesota. 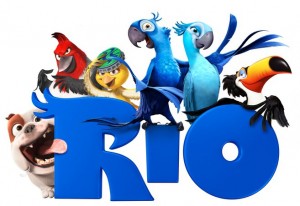 One day Linda and Blu’s (Jesse Eisenberg) lives are changed when a Brazilian scientist named Tulio (Rodrigo Santoro) visits them and informs Linda that Blu is the last of his kind and he needs her help to keep the blue macaw species alive. After some consideration, Linda and Blu decide to do the right thing and head off on their adventure to Rio de Janero with Tulio. Blu quickly learns that he doesn’t have the bird skills that so many like him seem to possess… like flying. He meets Jewel (Anne Hathaway), his arranged mate, and doesn’t quite get things off on the foot. Needless to say the two have a love and mostly hate relationship through most of the film. Blu and Jewel are then snatched by bird smugglers (poor Blu can’t seem to catch a break here) who hope to make a fortune on the rare birds. But, what would an animal film be without an evil bird? Thanks to a white cockatoo’s inside job,  Blu and Jewel are chained together and thrown into a cage soon realizing their future is not long for this world.

The two birds quickly discover they must put their dislike for one another aside if they ever hope to survive. Thanks to the help of fellow bird friends they meet along the way, Blu and Jewel set off to find freedom. Meanwhile Linda and Tulio work to find the missing birds as they embark on their own adventure through the busy streets of Rio.

The quest continues at the heart of the Carnaval parade featuring giant floats and dancing chaos. Eventually the birds reconnect with their human counterparts and Blu and Jewel’s relationship elevates to a new level.

Rio is a visual feast that really captures Rio de Janero, especially the Brazilian landscape and Carnaval celebration, beautifully.The passion and real life relationship creator Carlos Saldanha has with Brazil and the characters of Rio make this movie memorable and extra special. The story moves quickly with lots of action scenes sprinkled with bouts of comedy along the way. In the end this magical film sends viewers on a wonderful voyage of fun and adventure for all ages.