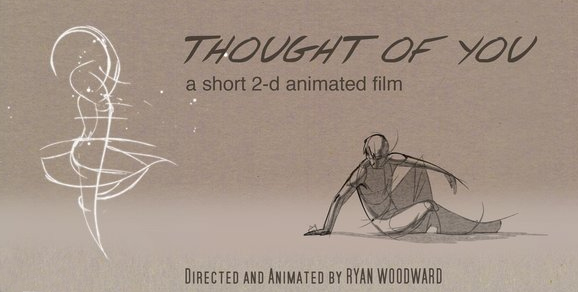 [dropcap1]I[/dropcap1] am a huge fan of combining the arts as well as artist collaborations to create new and wondrous creations. In Ryan Woodward’s latest animation, he sought the help of a beautiful contemporary dance choreographer. The result is a positively unimaginable mix of hand drawn animation and a story of  complex relationships all told through the art of dance. The final animation is whimsical and passionate. What makes this stand out is the use of simple hand drawn figures against a brown paper background. One might wonder if more detail would be impressive, but the simplicity allows the art of dance coupled with the romance of the characters to lead the story. While there is a clear story behind the animation, viewers are able to create their own interpretations, which is exactly what Woodward wanted for his audience.

Among all the 3D animation it’s nice to see artists use 2D animation to convey their messages. While it’s a bit ironic that Woodward based his 2D animation on live 3D movement, it greatly improved his animation. Each pencil stroke is wonderfully fluid from frame to frame, almost mimicking the art of dance. Many artistic styles merge in this animation leaving the viewer inspired and wanting to see more from the talented Mr. Woodward.