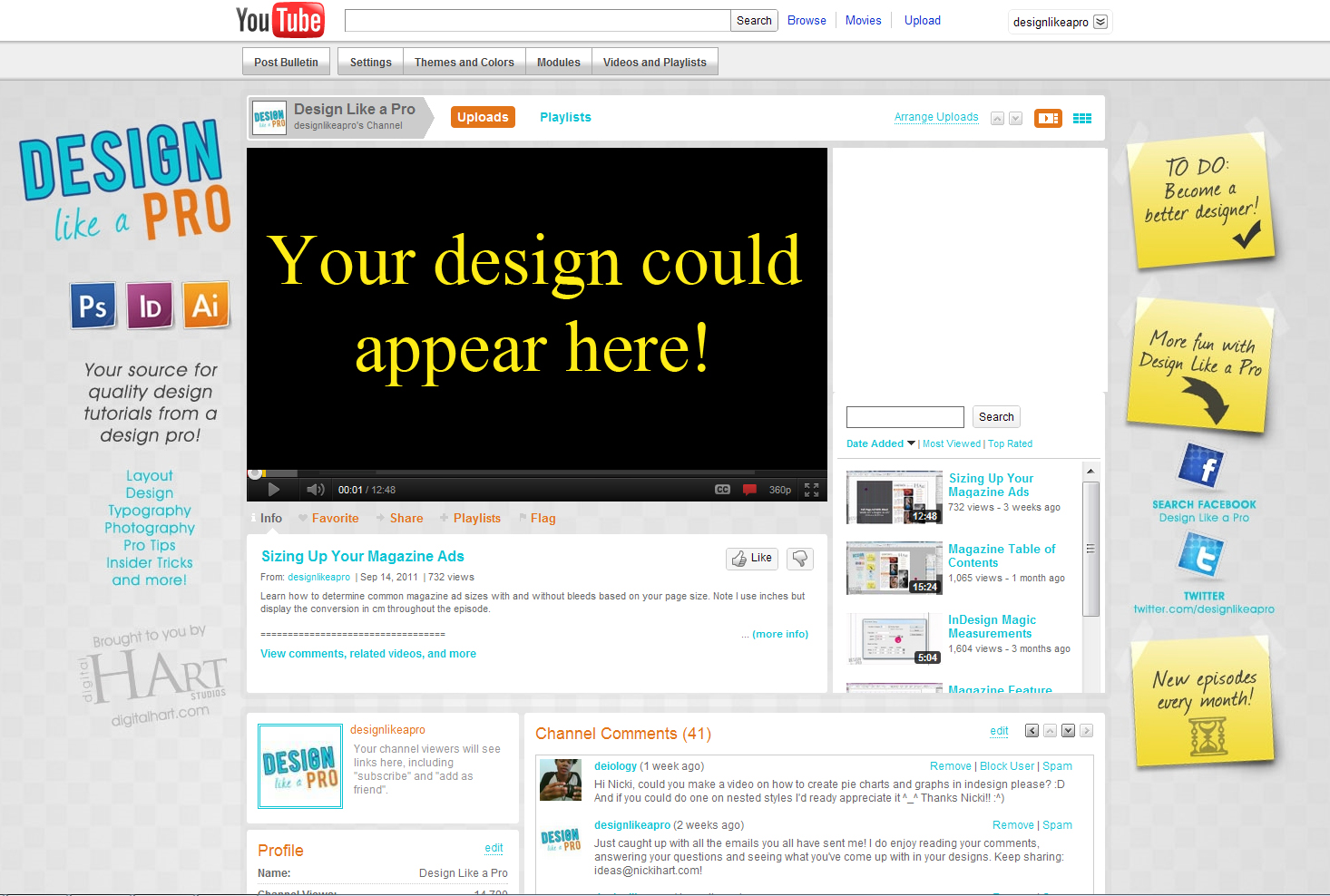 Want to share your designs with the world? I want to incorporate the fabulous designs of our viewers into future episodes of Design Like a Pro. Want to see your magazine cover featured in a tutorial about magazine design viewed by thousands of people from around the world? All you have to do is join Design Like a Pro on Facebook and help us reach 500 fans. Once we reach 500 fans, I’ll reveal the contest details and you’re one step closer to having your designs featured in upcoming episodes.

Head on over and give us a like, then spread the word to all your designer friends!

Disclaimer: Liking Design Like a Pro’s Facebook page does not guarantee your designs will be included in upcoming episodes. All entries will be voted on before going through a final selection process to air on Design Like a Pro’s Youtube channel. Digital Hart Studios has the right to refuse any entries if they are inappropriate, obscene or contain graphic images that do not abide by the contest rules/regulations. If your entry is selected to air on Design Like a Pro’s Youtube channel, you authorize Digital Hart Studios to use your design in any promotion  for that episode to include digitalhart.com, Facebook, Twitter and email campaign. All designers will be credited in the episode their work appears.